Gas turbine engines typically have either 2 or 3 rotating shafts to maximize engine efficiency. With the high rotational speeds and high thrust loads typical of these shafts, oil cooling of the main bearings is necessary to insure the long life of the bearings. Keeping the cooling oil in the bearing chambers sometimes presents some challenging design options for the seal engineer.

In other cases, the design must mount on one rotating shaft and seal against another rotating shaft. In this case the designer has a multitude of design factors to consider including the effect of centrifugal force on the seal assembly, axial and radial thermal growth of both shafts, sealing load changes during operation, and maintaining low wear along with low leakage during the seals operation.

Stein Seal® has successfully developed several different sealing solutions to handle the challenging sealing issues between two counter or co-rotating shafts, including several patented designs. The more traditional solution includes two end rings that are hard coated, a spacer ring to correctly gap them, and a carbon graphite element that uses the centrifugal forces from rotation to seal against the ID of the rotating shaft. The carbon seal element can include pressure load reducing features to extend the life of the seal, if required. Stein Seal® has this style of inter-shaft seal currently running in both counter and co-rotating applications, however, surface speeds and pressure loading must be carefully analyzed to insure long seal life.

In applications where the surface speeds are high, the seal experiences elevated pressure loading, and/or long life is required, Stein Seal® has several solutions to offer. One design uses a piston ring with patented lift geometry on the metallic end rings of the inter-shaft seal. The carbon graphite piston ring element operates on a thin film of air between the end rings to create a seal which limits the air and oil leakage into the oil sump of the engine. The piston ring also seals against the outer rotating shaft due to centrifugal forces. The lift geometry on the side walls of the piston ring helps to push the piston ring axially when thermal growth changes the relative position of the shafts. This non-contacting technology allows for reduced heat generation and longer life from the seal.

A second method of sealing is by using our patented T seal, which is mounted on the inner shaft, but maintains a close fit with the ID of the outer housing. Shoulders machined into the carbon element allow it to maintain a close clearance to the outside rotating shaft, which allows this design to perform similar to a close-fitting bushing. The carbon seal element can be gapped or segmented which allows for it to withstand intermittent contact with the OD shaft. This design is particularly effective when the shafts are rotating in opposite directions and continuous rubbing contact will lead to pre-mature failure due to wear.

Stein Seal® has a successful history with many different types of inter-shaft sealing technologies, please reach out to us today for your sealing needs. 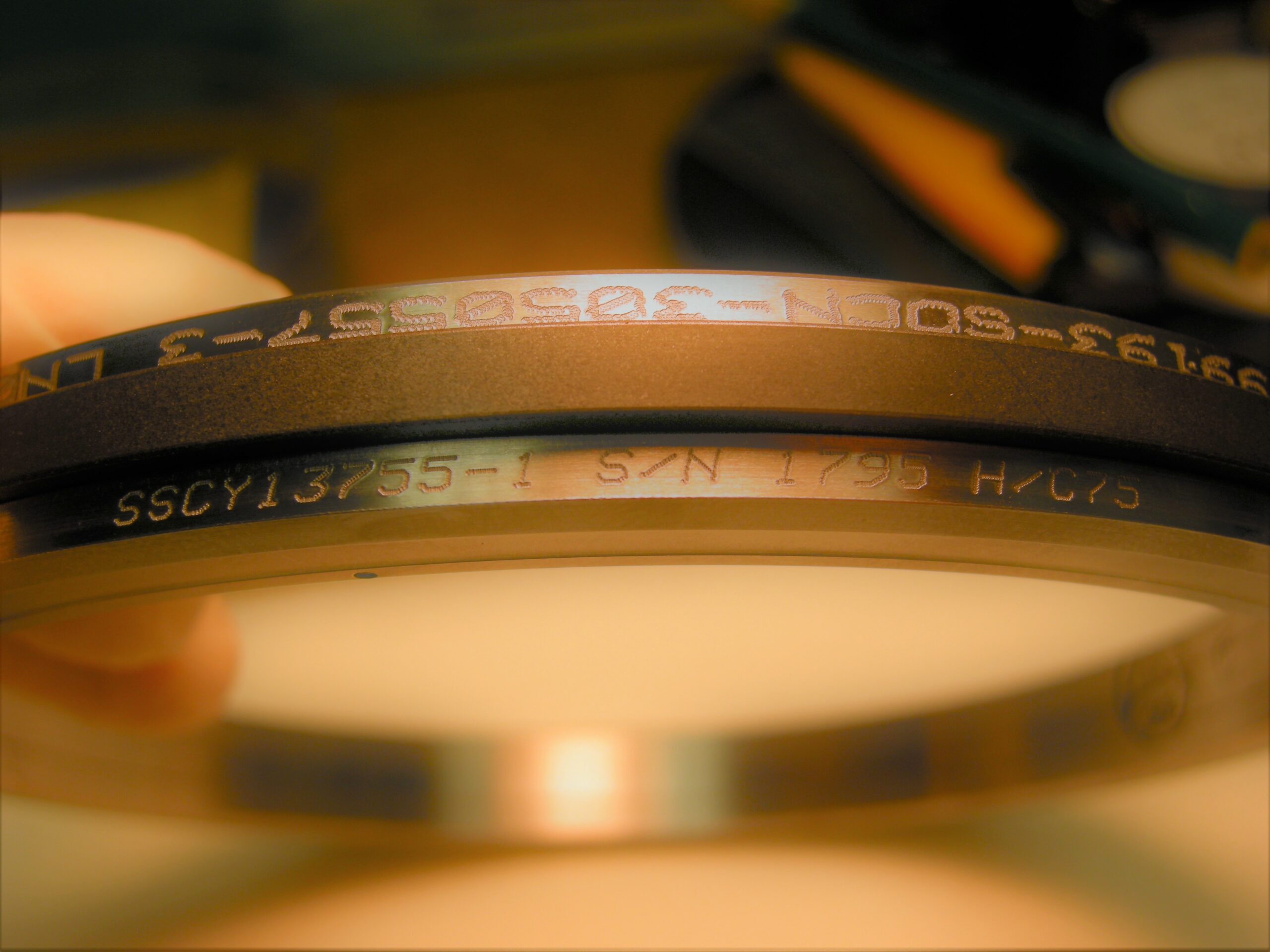